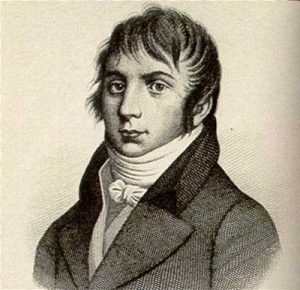 The international conference Cherubini al „Cherubini“ was the first symposium planned in 2010 for the 250th anniversary of the birth of Luigi Cherubini. This meeting was organized by the Conservatorio „Luigi Cherubini“ di Firenze (under the patronage of the Università di Firenze, Facoltà di Lettere e Filosofia) and took place in the beautiful Sala del Buonumore of the Conservatorio, from October 8th–9th 2010. Cherubini al „Cherubini“ brought together ten researchers and music scholars – mainly from Italian universities – to discuss a wide scope of topics: Cherubini’s youthful employment in Florence (e. g. at the Teatro della Pergola and the Cappella Musicale of S. Giovanni), Italian and French operas, solemn masses, music for keyboard instruments, Cherubini’s reception in France and Italy in the 19th and 20th centuries, as well as some aspects of his creative process. The conference was divided into three sessions, each of which concluded with a debate concerning the three / four papers presented in each single session.

The first session (Friday morning, Chair: Fiamma Nicolodi) was opened by Giovanni Carli Ballola (Università del Salento, Italy), whose pa- per was entitled „Le messe dei gigli d’oro“. His research aimed at offering a new stylistic survey of the six solemn Masses composed by Cherubini for the Royal Chapel (1816–1825) that demonstrate a significant technical development when compared to the masses for Chimay (1808) and Eisenstadt (for Prince Nikolaus II. Esterházy, 1811). Based on the historical sources preserved in the Library of the Conservatorio in Florence, Andrea Chegai (Università di Arezzo, Italy) recognized some characteristics of the Cherubini’s

„Italian“ opera production before the composer definitely settled in Paris. In his paper „Cherubini autore d’opera italiana. Percorsi di formazione“ Chegai considered primarily the scores of Armida abbandonata (1782) and Giulio Sabino (1786), in order to examine Cherubini’s structural choices and models during the period of his apprenticeship with Sarti and other Italian composers. Lorenzo Mattei (Università di Bari, Italy) also dealt with the Italian production of Cherubini in those years, particularly Ifigenia in Aulide (1788): the paper he proposed, „Una sflilata di Ifigenie: elementi rétro del Cherubini serio“, examined the friction between conventions and experimentation in a comparison with three other contemporaneous works based on the same sub- ject (by Martin y Soler, Ignaz Pleyel and Vittorio Trento). At the end of the first session, Christine Siegert (Universität der Künste Berlin, Germany) took us back about 15 years, studying the involvement of the young Cherubini in the musical life of Florence between 1773 and 1776. The paper she presented, entitled „Cherubini a Firenze. Nuove considerazioni“, focused on a close reading of the primary sources preserved in the Archivio of the Teatro della Pergola, and particularly the lists of the staff employed at the theatre year by year.

Although not physically present, Danièle Pistone (Université Paris-Sorbonne, France) provided a paper entitled „Luigi Cherubini nell’immaginario musicale parigino“, which was read at the beginning of the second session (Friday afternoon, Chair: Franco Piperno). Based on a wide assortment of documents (e. g. articles in periodicals, correspondences, etc.), this survey aimed at presenting the ways the Parisian public has welcomed the composer and his music from 1786 until today. On the other hand, Marco Capra (Università di Parma, Italy), with his paper „Ricezione e contestualizzazione ottocentesca“, focused on Cherubini’s reception and fortune in Italy during the 19th century. This study examined newspapers and magazines (with special regard to those published in Florence), theatre seasons and concert notices, suggesting in conclusion a comparison between the Italian reception of Cherubini and that of Ferdinando Paër. Regarding the studies on the composer’s creative process, Fabio Morabito (Internationale Cherubini-Gesellschaft Berlin, Germany) presented a paper entitled „Il processo compositivo di Cherubini: il caso dei quartetti“. After a thorough analysis of the autograph manuscripts, Morabito illustrated some of the most specific features of Cherubini’s work during the composition of his six string quartets (e. g. use of sketches, drafts, revision marks, construction of autograph scores, etc.). A concert of Cherubini’s overtures and arias (from different Italian and French operas), performed by the students of the Conservatorio di Firenze, brought the afternoon session to a close.

The third session (Saturday morning, chair: Pierluigi Petrobelli) began with Gabriele Giacomelli (Università di Firenze, Italy), whose paper „Cherubini e la cappella musicale di San Giovanni“ dealt with the participation of the 14-year-old Cherubini – as a contralto – in the polyphonic chapel of the baptistery of San Giovanni, from 1774. With her survey „Cherubini alla tastiera“, Federica Rovelli (Università di Cagliari, Italy) led us on an exploratory mission through Cherubini’s production for keyboard instruments. Focusing primarily on the Sei sonate per cimbalo op. 1 (1780) and the Capriccio, ou étude pour le fortepiano (1789) – both carried out in significant moments of the composer’s career –, Rovelli ana- lysed a particular paratactic procedure underlying the formal structure, which appears much closer to the works of Boccherini than to Viennese keyboard writing at the turn of the century. In the last paper scheduled, „,Le Ciel enfin punit le crime‘: tiranni, fortezze e abbattimenti nella produzione seria di Luigi Cherubini“, Paolo Mechelli (Con- servatorio „S. Giacomantonio“ di Cosenza, Italy) dealt with the most representative scenes of tyr- anny, imprisonment and liberation in Cherubini’s opera seria and opéra-comique. His investigation concentrated mainly on Lodoïska (1791), with the purpose of exploring the political implications of these dramatic sequences as symbolic representations of despotism.

At the end of the conference, participants and guests were invited to an exhibition mounted in the Manuscript Room of the Library, with some of Cherubini’s autograph manuscripts (e. g. the autograph score of Armida abbandonata and a letter to Ferdinando Morini dated 18 July 1837) and several first editions, as well as historical transcriptions of Cherubini’s operas (mainly adapted for wind ensemble or string quartet). Concluding the meeting, Pierluigi Petrobelli (Università di Roma „La Sapienza“, Italy) pointed out the urgency of an international cooperation to develop a thematic catalogue of the composer’s complete works. Today, this project is currently being designed – by the Conservatorio „Luigi Cherubini“ (Firenze) in collaboration with the Internationale Cherubini-Gesellschaft (Berlin) – with the aim of documenting all manuscript and printed sources as well as providing incipits, full bibliographic details and other related materials. The official inauguration of the project was held (together with the presentation of the conference proceedings) on October the 22nd, 2011 (10.30 a. m.) at the Conservatorio „Luigi Cherubini“ in Florence.