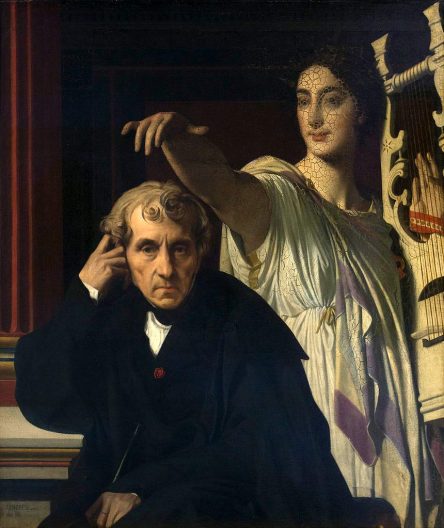 The International Cherubini Society cares
for the artistic and academic preservation, discovery and propagation of the musical heritage of Luigi Cherubini (1760–1842). As only a few other composers have done, Cherubini paved the way for Grand opera; his church music was considered a milestone and a maxim. His contemporaries and the following generations felt him as a challenge – a composer who served as a model and whose achievements could hardly be surpassed but who provoked opposition, too.

The International Cherubini Society is particularly concerned with promoting and extending the availability of Cherubini’s works as well as encouraging their critical analysis and performance. All the efforts result in the Luigi Cherubini Werkausgabe (Anton J. Benjamin / Simrock), the Cherubini Studies and the periodical Cherubiniana (both Königshausen & Neumann). The works of all genres and stages of Cherubini’s life are taken into account.

Another important purpose of the International Cherubini Society is to secure Cherubini’s music more presence on stages, in concert halls and churches and to confirm his role as a key figure in the European dialogue during the crucial period of the late 18th and early 19th century. In addition, the Society encourages and implements international symposiums and events which highlight Cherubini’s importance for the history of European music in its contexts. 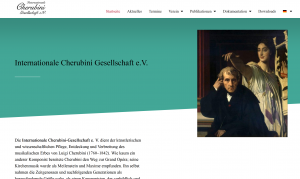 We proudly present our new homepage. This one is now much more extensive and we are making some content available to you in several languages. We hope